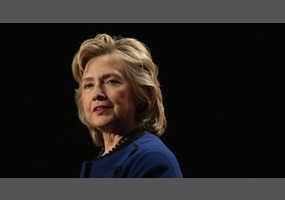 Was Hillary Clinton justified in comparing Russia to Nazi Germany?