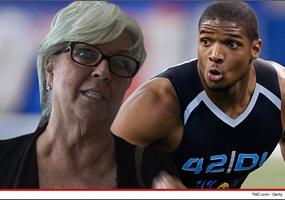 Was it wrong for Paula Deen to say she feels like "that black," gay football player (Michael Sam)?