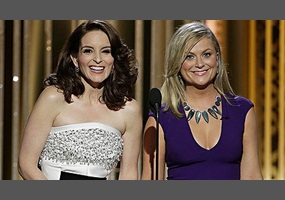 Was it wrong to make jokes about Bill Cosby at the Golden Globes?