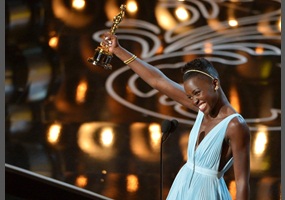 Was Lupita Nyongo's Oscars speech the best ever?