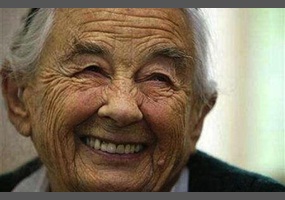 Was Maria von Trapp as good of a singer as people think she is?