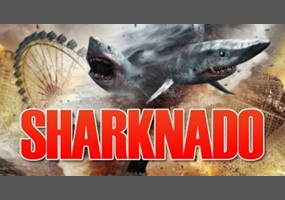 Was the original "Sharknado" good enough to warrant a sequel?