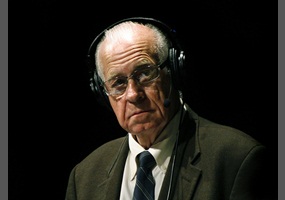 Was the retirement of NPR's Carl Kassell, age 79, long overdue?