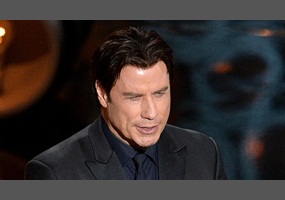 Was the Travolta Menzel Oscars gaffe really that embarassing?