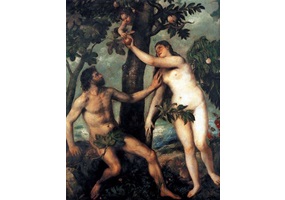 Were Adam and Eve white?