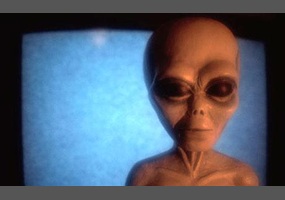 Were humans created by aliens?

Prometheus, alien, alien vs predator
Were humans created by aliens?
71% Say Yes
29% Say No
Load More Arguments
Leave a comment...
(Maximum 900 words)
Haxis288 says2013-07-03T05:34:07.917
Report Post
Earth and hummanity was created by allah we are the only intellgiant speciesin the universe Al things were created by allah
Anonymous says2013-07-11T19:13:50.813
Report Post
Bullcrap, we are not the only intelligent species in the universe. Our whole galaxy is so tiny, even a drop in all the earths oceans, or a single grain of sand in all the earths beachs, would be way way way bigger in comparison, there is simply too many star systems with planets that can support complex life, and iro the actual debate topic here, whether we were created by Aliens, or if we simply evolved...BOTH answers tell us one thing with utmost clarity, Aliens (or intelligent life, politically correct) MUST exist under both arguments. If we were created by aliens, there is other intelligent life, and if we evolved, well then, in this masive universe, if something has happened once, u can bet your life, it has happened many many many times before, and will happen many many many times again, and is happening in many many many different places this very instant.
Dhruv.Sharma says2013-11-19T18:35:01.460
Report Post
If god created us, who created god? And would we be god for the life that we create and send to another planet?
greenpower2 says2014-02-28T19:00:59.373
Report Post
Whats ur proof?
greenpower2 says2014-02-28T19:03:04.830
Report Post
Dhruv.Sharma..There must be an end to the chain..Check the theory of relativity..There must be a stationary point of view..
plazma says2014-08-14T15:29:45.070
Report Post
To say that we are the only intelligent beings in a universe so large and unexplored is plain stupid. Someone as magnificent has god almighty would and has created alot more then we will ever know or see in our lifetime. Is God a alien? Unlikely, but that does not rule out that he could be. No amount of science will ever prove that god does/does not exist or tell us who or what god is. We are very intelligent species indeed our bodies, our mind work in harmony and such complexity , every thing about us is so perfectly engineered. We must have faith there is no wrong or right belief, what alot of us do wrong is not have an open mind, We must have an open mind we do not know what is out there, without a doubt there is alot we don't know. With the coming years we will learn more and more about our planet and our universe and of coarse once we die will learn the truth.

If God is real, i myself believe he is he would have to be Omnipotent, Omnipresent, and Omniscient

Omnipotent: Have unlimited power
Omnipresent: Present everywhere at the same time
Omniscient: Have Knowledge of everything

Just remember will all must keep an open mind, and we must be thankful for everyday we get to spend on this amazing planet and with the people will love and cherish.
cobra5555 says2015-04-12T20:10:30.417
Report Post
Well if we got genetically manipulated by aliens to become humans, who genetically manipulated aliens to become aliens?
Privacy Policy | Terms of Use
Sitemap | View Desktop Version
©2021 Debate.org. All rights reserved.