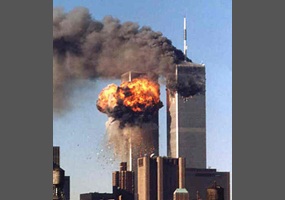 Were the 9/11 pilots (self professed Muslims) real Muslims?

Asked by: iamanatheistandthisiswhy
Were the 9/11 pilots (self professed Muslims) real Muslims?
57% Say Yes
43% Say No
Leave a comment...
(Maximum 900 words)
Shadow-Dragon says2014-09-12T01:38:28.747
Report Post
Just because they did something bad does not mean that they're not real muslims. Simple answer.
iamanatheistandthisiswhy says2014-09-12T01:41:07.713
Report Post
@ Shadow-Dragon: Well said, I put this up in reference to the other question I asked to make people think.
Http://www.Debate.Org/opinions/was-timothy-mcveigh-aka-the-oklahoma-city-bomber-a-self-professed-christian-a-real-christian
Shadow-Dragon says2014-09-12T01:43:02.360
Report Post
Well, yeah. I'm a Catholic-Christian and I even agree with the fact that he was a Christian.
Now, were his intentions to kill them in the sake of his religion, probably not, however he still was categorized under that religion, whether he went to church 1 week before that, or 10 years before that.
DavidMGold says2014-09-12T04:50:23.477
Report Post
@ iamanatheistandthisiswhy the glaring fallacy of your moral equivalence is that Timothy McVeigh didn't profess to be anything but a nominal Christian...His actions weren't based on anything Jesus Christ said or did...There's no connection between the two, which exposed the baseless premise you ponder. As it relates to the opinion topic here, a false analogy. When the Salvation Army is sending out cells all around the world and citing Jesus Christ as the source and inspiration for acts of violence around the world...Perhaps I'll concede your point.
iamanatheistandthisiswhy says2014-09-12T04:55:45.417
Report Post
@DavidMGOld: So when a Muslim calls himself a Muslim then he is a Muslim regardless of the actions. But when a Christian calls himself a Christian, then you decide whether that person is a Christian based on their actions.

I am trying to understand this before my head explodes.
DavidMGold says2014-09-12T05:04:02.240
Report Post
Perhaps you should try using your head because Muslims have their holy book, which they recite daily with chapter and verse emphasizing and extolling Jihad and martyrdom against unbelievers with the very important Hadiths, traditions of Muhammad, which elaborate and detail this procedure. This is further corroborated by Islamic scholars, classical and modern, who expound on the same ideology. It is evidenced by history, past and present. It is validated and corroborated by examples all over the globe on several continents. The problem is we have your example, Tim McVeigh, who was motivated by his own personal views as opposed to the example of Jesus Christ as opposed to daily acts of violence and terrorism, conflicts and wars, and yes...Even modern genocides with justification found throughout Islam...And although you cannot empirically begin to even make a case or validate a comparison...As an atheist you feel compelled to take up such an absurdity when simply stating your view would be sufficient.
iamanatheistandthisiswhy says2014-09-12T05:58:29.953
Report Post
@DavidMGold: So what you are saying is that Christians do not know the Bible which says great things like " You should not let a sorceress live" or "If a man lies with a male as with a women, both of them shall be put to death for their abominable deed; they have forfeited their lives." or " Make ready to slaughter his sons for the guilt of their fathers; Lest they rise and posses the earth, and fill the breadth of the world with tyrants."