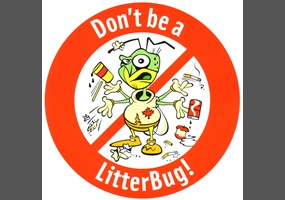 Can schools do anything about littering problems on campus?