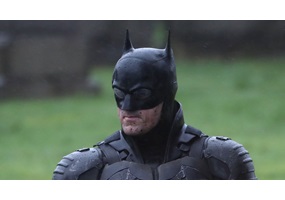 What the hell does Batmangeek75 actually believe?

To answer the question, I believe men and women are equal in value and worth. They should have equal access to education and professions with equal pay, But that does not mean we are the same. We should not compete with each other in physically demanding sports, With the exception of maybe shooting and horseriding.

Women should not go topless in public. The stigma western society has toward female toplessness is the result of biochemistry and natural sexual inclinations. Any biologist worth their salt will tell you that female breasts are for feeding babies AND attracting men. Mature boobs are a signal to the male brain that a woman is sexually mature and ready to reproduce. In tribal cultures where women are topless, There is a lot more action going on. So yes, Breasts are very much a sexual organ, Even if they are not directly involved in sexual reproduction. Men and women are different and these differences should be celebrated. A lot of women would be heartbroken if boobs became perceived as just another body part. That is impossible, But I am just highlighting that women love the intimacy of revealing her chest to that special someone. A lot of women cover up even in places where it is legal to go topless because they know deep down or on the surface that their breasts are special. Men are highly aroused by the female form. On average, Women are more turned on by emotional attraction, Than male physicality.

Women tend to prefer tall, Dominant men. Even if not in their social life, As is the apparent case with a lot of women, They still like to surrender in the bedroom if nothing else. Men like submissive women. Women like dominant men. Nothing wrong with acknowledging an average behavior. They tend to let the man lead and a lot of women still take their husband's surname to reflect this. Either that, Or it reflects their becoming one as a unit or team.

I'm not sure I believe what I sad about male leaders in government or having male bosses, But I know there are women who hold those opinions.

I am familiar with Submissive Lucy and I am appalled by her statements on this site. It is a man's duty to use his natural, Superior strength to protect women, Not exploit them. Women are disadvantaged and a real man does not abuse his biology to suppress her or demand sex. Women have a right to refuse and men should respect that. Sex should be reserved for marriage, Anyway.