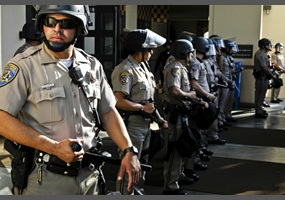 When crowds are gathered to protest, does the presence of police officers or soldiers in riot gear encourage violent behavior among protesters?