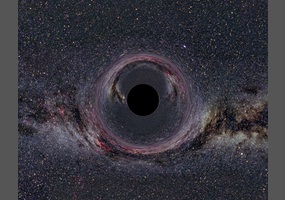 Where does matter from black holes go?