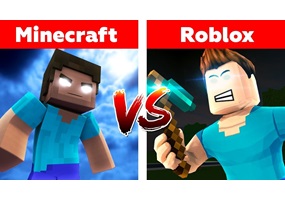 Which is better: Roblox or Minecraft