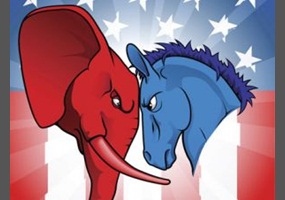 Who are better - Republicans (yes) or Democrats (no)?