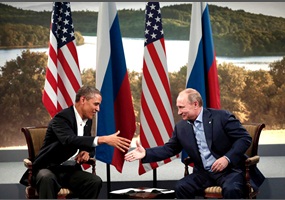 Who is a better politician: Obama (yes) or Putin (no)?