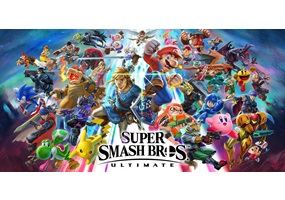 Who should be in Smash Bros. Ultimate?