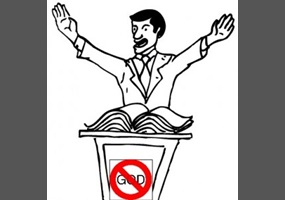 Why do atheists preach atheism?