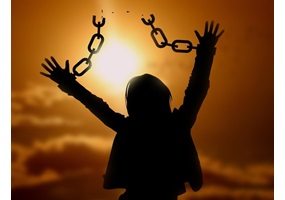 Why is restriction of freedom still a reality?