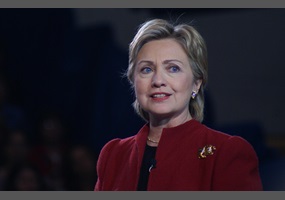 Will Bernie Sanders beat Hillary Clinton during the US Presidential Election?