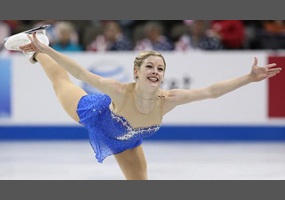 Will Gracie Gold win the gold again at Sochi?