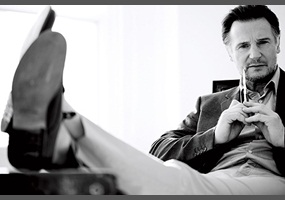 Will Liam Neeson have trouble getting action movie parts now that he is 61?