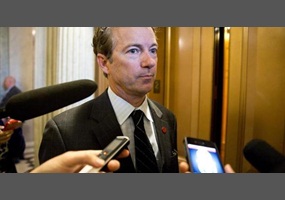 Will Rand Paul's lawsuit against the Obama administration go anywhere?