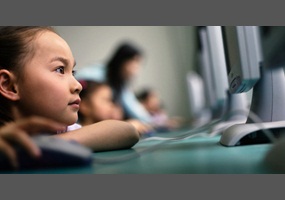 Will social networking bring enormous changes in the way children are educated?