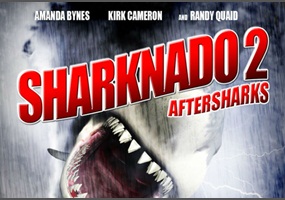 Will SyFy's "Sharknado II" be a success?