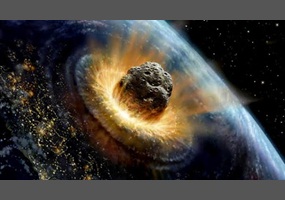 Will the human race survive if a large asteroid does hit Earth?