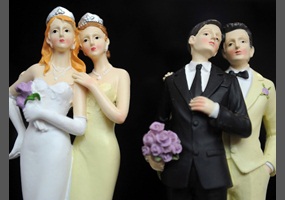 Will the U.S. Supreme Court reinstate the Texas ban on gay marriage?