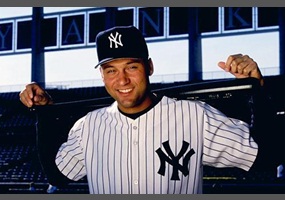 Will the Yankees play worse (yes) or better (no) without Derek Jeter?