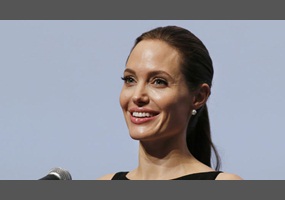 Will you be going to theaters to watch Angelina Jolie's new film "Unbroken"?