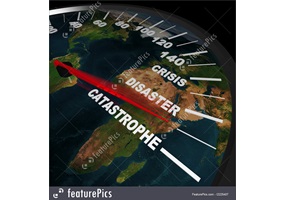 Would a global catastrophe push humanity to embrace patriarchy again?