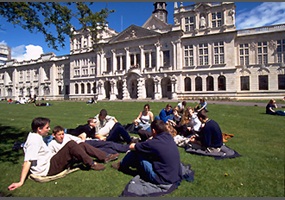 Would cutting tuition be a first step in improving accessibility to education to all?

Singapore, Mathematics
Would cutting tuition be a first step in improving accessibility to education to all?
43% Say Yes
57% Say No
Leave a comment...
(Maximum 900 words)
catkit says2014-02-03T13:10:12.187
Report Post
Cutting tuition fee is absolutely the correct way to stimulate students to enter schools. If we perceive education as a commodity, then what do you want to know when at first seeing it? I bet that would be something about quality like: Is it good? Are there many exceptional teachers here? Is the atmosphere friendly and fun enough?. With a few questions satisfied, then you go ahead to the price of that "commodity". The best product at best prices, what is more attractive that that? Therefore, cutting tuition fee must be the first move to bring in more students to schools.
Privacy Policy | Terms of Use
Sitemap | View Desktop Version
©2020 Debate.org. All rights reserved.