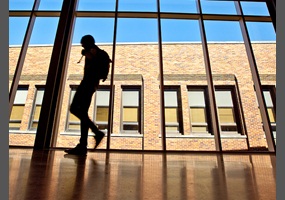 Would kindergarten or even pre-school be too young to teach bilingual education?