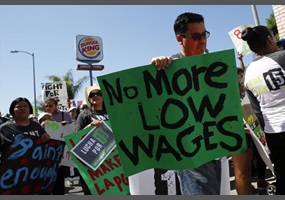 Would raising the minimum wage just increase the prices of everything else?