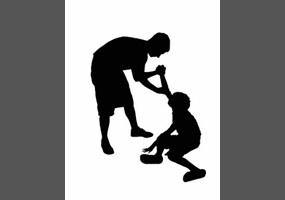 Would you die for an innocent stranger?

Asked by: knightj
Stranger
Would you die for an innocent stranger?
50% Say Yes
50% Say No
Leave a comment...
(Maximum 900 words)
rja7 says2014-02-08T01:59:01.977
Report Post
A lot of variables to consider.Most people that perform heroic actions probably think they can get out unscathed."I think I can get that girl out of that burning building quick enough "so you risk your life for that person.But replace that girl with a 90year old and most people probably subconsciously in the blink of an eye think "it Sucks but hes lived a full life and I haven't yet "..Or if a grenade fell next to you and 5 other random adults,most peoples first instinct would be to run.But replace those 5 adults with 5 kids and you would have a lot more heroism.
knightj says2014-02-08T11:45:05.197
Report Post
The reason that I said yes is because I would find it hard to live with the guilt. I never want to die for nothing, but now, I could die for something. I don't know about other people but I wouldn't be bothered about being remembered as a hero; I'd just be glad about dying for a good cause.
Privacy Policy | Terms of Use
Sitemap | View Desktop Version
©2020 Debate.org. All rights reserved.