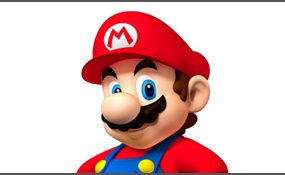 [Add Yours] What Is Your Favourite Classic Game?

The Legend of Zelda: A Link to the Past

Asteroids is an arcade space shooter released in November 1979 by Atari, Inc. And designed by Lyle Rains and Ed Logg. The player controls a spaceship in an asteroid field which is periodically traversed by flying saucers. The object of the game is t... o shoot and destroy asteroids and saucers while not colliding with either, or being hit by the saucers' counter-fire. The game becomes harder as the number of asteroids increases.Asteroids was conceived during a meeting between Logg and Rains and used hardware developed by Howard Delman previously used for Lunar Lander. Based on an unfinished game titled Cosmos and inspired by Spacewar! And Computer Space, both early shoot 'em up video games, Asteroids' physics model and control scheme were derived by Logg from these earlier games and refined through trial and error. The game is rendered on a vector display in a two-dimensional view that wraps around in both screen axes.Acclaimed by players and video game critics for its vector graphics, controls, and addictive gameplay, Asteroids was one of the first major hits of the golden age of arcade games   more
1 vote
1 comment
Asteroids - Voter Comments

Pokémon Red Version and Pokémon Blue Version, originally released in Japan as Pocket Monsters: Red & Green, are role-playing video games developed by Game Freak and published by Nintendo for the Game Boy. They are the first installments of the Pokém... on series. They were first released in Japan in 1996 as Red and Green, with Blue being released later in the year as a special edition. They were later released as Red and Blue in North America, Europe and Australia over the following three years. Pokémon Yellow, a special edition version, was released roughly a year later. Red and Green have subsequently been remade for the Game Boy Advance as Pokémon FireRed and LeafGreen, released in 2004.The player controls the main character from an overhead perspective and navigates him throughout the fictional region of Kanto in a quest to master Pokémon battling. The goal of the games is to become the champion of the Pokémon League by defeating the eight Gym Leaders, then the top four Pokémon trainers in the land, the Elite Four. Another objective is to complete the Pokédex, an in-game encyclopedia, by obtaining the 150 available Pokémon   more
1 vote
0 comments
Pokémon Red and Blue - Voter Comments
No Comments
Vote & Comment
7

Chrono Trigger is a role-playing video game developed and published by Square for the Super Nintendo Entertainment System in 1995. Chrono Trigger's development team included three designers that Square dubbed the "Dream Team": Hironobu Sakaguchi, th... e creator of Square's Final Fantasy series; Yuji Horii, a freelance designer and creator of Enix's popular Dragon Quest series; and Akira Toriyama, a freelance manga artist famed for his work with Dragon Quest and Dragon Ball. Kazuhiko Aoki produced the game, Masato Kato wrote most of the plot, while composer Yasunori Mitsuda scored most of the game before falling ill and deferring remaining tracks to Final Fantasy composer Nobuo Uematsu. The game's story follows a group of adventurers who travel through time to prevent a global catastrophe.Square re-released a ported version by Tose in Japan for Sony's PlayStation in 1999, later repackaged with a Final Fantasy IV port as Final Fantasy Chronicles in 2001 for the North American market. A slightly enhanced Chrono Trigger was released for the Nintendo DS on November 25, 2008, in North America and Japan, and went on sale in Australia on February 3, 2009 and in Europe on February 6, 2009   more
1 vote
0 comments
Chrono Trigger - Voter Comments
No Comments
Vote & Comment
8

Chess is a two-player strategy board game played on a chessboard, a checkered gameboard with 64 squares arranged in an eight-by-eight grid. It is one of the world's most popular games, played by millions of people worldwide in homes, parks, clubs, o... nline, by correspondence, and in tournaments.Each player begins the game with 16 pieces: one king, one queen, two rooks, two knights, two bishops, and eight pawns. Each of the six piece types moves differently. Pieces are used to attack and capture the opponent's pieces, with the objective to 'checkmate' the opponent's king by placing it under an inescapable threat of capture. In addition to checkmate, the game can be won by the voluntary resignation of the opponent, which typically occurs when too much material is lost, or if checkmate appears unavoidable. A game may also result in a draw in several ways, where neither player wins. The course of the game is divided into three phases: opening, middlegame, and endgame.The first official World Chess Champion, Wilhelm Steinitz, claimed his title in 1886; the current World Champion is Norwegian chess Grandmaster Magnus Carlsen   more
1 vote
0 comments
Chess - Voter Comments
No Comments
Vote & Comment
9