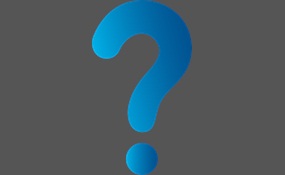 (ATHEISTS ONLY) What made you atheist?

I started thinking for myself

6 votes
2 comments
I started thinking for myself - Voter Comments

Lemmingburgh says2015-05-19T14:47:17.2629974-05:00
Report Post
About salvation, mainly. Then I came to the conclusion that salvation is impossible without being degraded to the intellectual level of an animal. And then I discovered the omnipotence paradox (create a task it can't solve). So really, both: I started thinking and religion doesn't make sense to me. But it doesn't make sense to me because I started thinking, so that's what I picked.
Vote & Comment
3

I always was one

The Bible is a canonical collection of texts sacred in Judaism and Christianity. There is no single "Bible" and many Bibles with varying contents exist. The term Bible is shared between Judaism and Christianity, although the contents of each of thei... r collections of canonical texts is not the same. Different religious groups include different books within their Biblical canons, in different orders, and sometimes divide or combine books, or incorporate additional material into canonical books.The Hebrew Bible, or Tanakh, contains twenty-four books divided into three parts: the five books of the Torah, the Nevi'im, and the Ketuvim. Christian Bibles range from the sixty-six books of the Protestant canon to the eighty-one books of the Ethiopian Orthodox Church canon. The first part of Christian Bibles is the Old Testament, which contains, at minimum, the twenty-four books of the Hebrew Bible divided into thirty-nine books and ordered differently from the Hebrew Bible. The Catholic Church and Eastern Christian churches also hold certain deuterocanonical books and passages to be part of the Old Testament canon   more
1 vote
1 comment
The Bible - Voter Comments

I've outgrown my need for it.

Able to console yourself about the fears and uncertainties of life. Able to find adequate answers to your questions from elsewhere. Able to do good without religion.
1 vote
0 comments
I've outgrown my need for it. - Voter Comments
No Comments
Vote & Comment
7

Religions are contradictory, hence if one is wrong maybe all are wrong.

1 vote
0 comments
Religions are contradictory, hence if one is wrong maybe all are wrong. - Voter Comments
No Comments
Vote & Comment
8

My parents convinced me

I became one when I had doubts about my religion

1 vote
0 comments
I became one when I had doubts about my religion - Voter Comments
No Comments
Vote & Comment
Leave a comment...
(Maximum 900 words)