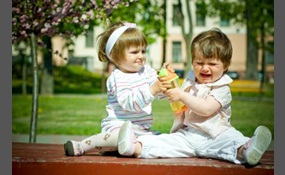 2014 high school graduates: What are you thinking of doing after high school?

A college is an educational institution or a constituent part of one. Usage of the word college varies in English-speaking nations. A college may be a degree-awarding tertiary educational institution, a part of a collegiate university, or an institu... tion offering vocational education. In the United States, "college" formally refers to a constituent part of a university, but generally "college" and "university" are used interchangeably, whereas in Ireland, the UK, New Zealand, Australia, Canada, Hong Kong and other former and present Commonwealth nations, "college" may refer to a secondary or high school, a college of further education, a training institution that awards trade qualifications, or a constituent part of a university   more
3 votes
0 comments
College - Voter Comments
No Comments
Vote & Comment
2

Multiple of the above

None of the Above

jessica044 says2014-06-17T07:07:12.4158513-05:00
Report Post
Hello dear My name is Jessica cudjoe I know that this email will meet you in a good health and also surprisingly but God has his own way of bringing people together. Nice to Meet you i wait impatiently to read from you I would appreciate if you send email to my private email box please reply me with this email ( jessicacudjoe16(at )hotmail.Com ) So I can send my pictures and explained more about me Yours Jessica
Privacy Policy | Terms of Use
Sitemap | View Desktop Version
©2021 Debate.org. All rights reserved.