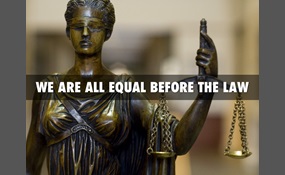 Vox_Veritas says2017-01-16T16:42:23.1231481Z
Report Post
There are several factors involved in this. First, the United States has a large Evangelical Christian population. They believe that the Jews are God's chosen people, and Israel God's chosen nation. Second, the Jews have endured extreme persecution throughout history, but it was the Holocaust that really made Americans sympathise with the Jewish people. Furthermore, there's a general mistrust of the Muslim world, and Israel's like an island of liberal democracy in a sea of Islamic fundamentalism. For this same reason a lot of Americans favour the Kurds and their quest for independence.

inszel says2017-01-16T17:12:33.3412525Z
Report Post
America continues to support and send aid to Israel despite human rights violations their government commits. the reason for this i think is two fold. first being that Israel is a strategic point for our military, and second is our leaders needing to hold up their image of being good Christians by helping Elohim's chosen people. however the culture of Israeli people doesn't seem to come up at all, as this is America all cultures have a way of blending together to form a mix.
Vote & Comment
2

Neither. Most Americans don't give a shit, as long as you aren't peeing in their cheerios.

2 votes
1 comment
Neither. Most Americans don't give a shit, as long as you aren't peeing in their cheerios. - Voter Comments

This poll is mainstream leftism and is cancer.

1 vote
1 comment
This poll is mainstream leftism and is cancer. - Voter Comments

micromanagedbehavior says2017-01-16T21:30:25.9395946Z
Report Post
What does left mean? I dont pick sides like a football team. I am a right and my football opponent is a left.. or i am conservative and my football foe is liberal...or i am a republican and my footbal rival is democrat...i look at the issues...
Vote & Comment
5

This poll is absolutely useless.

SegBeg says2017-01-18T11:59:05.8513378Z
Report Post
I hear a LOT of Americans blaming Jews for literally EVERYTHING. They don't get hired for a job- It's the evil Jews- they run all the businesses. The media pushed a false narrative- Jews control the media. Racial issues in the US- let's blame the Jews. After all ,they do believe they're God Chosen People. I don't know why but this may just be the extremists but I'm not sure. These guys are acting just like frickin Hitler who blamed the Jews for well- EVERYTHING. I think people who blame Jews for everything wrong with the world and their lives are just sad pathetic bastards who don't want to take responsibility for their own actions. But I don't think the US is "too philosemetic" nor do I think it's "too antisemetic" It's somewhere in the middle. Some Americans love Jews and other hate them. That just the way it goes in the world.
Anonymous says2017-01-18T19:45:53.2896112Z
Report Post
SegBeg, you are obviously delusional. I've never heard any American blame a Jew for anything that you mentioned; perhaps the only time I've heard this occur was because it was mentioned as a joke. However, I am not saying that this is never said; it's just very seldom.

CosmoJarvis says2017-01-18T20:34:44.4235250Z
Report Post
I do not believe people will go as far to not hire a qualified person for being Jewish. If anything, businesses don't really care who they're hiring as long as they can make the business look good and follow through on their work. However, I do believe there are some small, petty prejudices which are harmful towards the Jewish community, whether they're simple comments or even bullying, and though rare, sometimes violence.
Privacy Policy | Terms of Use
Sitemap | View Desktop Version
©2022 Debate.org. All rights reserved.