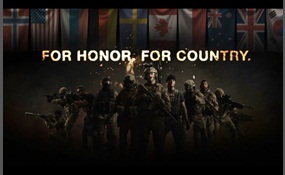 1st Special Forces Operational Detachment-Delta, popularly known as Delta Force, is a U.S. Army component of Joint Special Operations Command. It was formerly listed as the Combat Applications Group by the Department of Defense but some claim it has...  been re-designated the Army Compartmented Elements. While 1st SFOD-D is administratively supported by USASOC, it falls under the operational control of the Joint Special Operations Command. Delta Force and its Navy counterpart, the Naval Special Warfare Development Group, are the United States military's primary counter-terrorism units. It is often referred to in the U.S. media as a Special Mission Unit.Delta Force's primary tasks are counter-terrorism, direct action, and national intervention operations, although it is an extremely versatile group capable of conducting many types of clandestine missions, including, but not limited to, hostage rescues and raids.The Central Intelligence Agency's highly secretive Special Activities Division and more specifically its elite Special Operations Group often works with – and recruits – operators from Delta Force   more
1 vote
0 comments
1st Special Forces Operational Detachment-Delta - Voter Comments
No Comments
Vote & Comment
Leave a comment...
(Maximum 900 words)