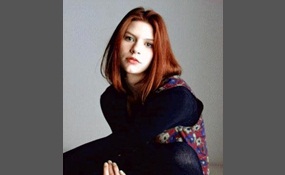 Buffy Anne Summers is a fictional character from Joss Whedon's Buffy the Vampire Slayer franchise. She first appeared in the 1992 film Buffy the Vampire Slayer before going on to appear in the television series and subsequent comic book of the same ... name. The character has also appeared in the spin-off series Angel, as well as numerous non-canon expanded universe material, such as novels, comics, and video games. Buffy was portrayed by Kristy Swanson in the film, and later by Sarah Michelle Gellar in the television series. Giselle Loren has lent her voice to the character in both the Buffy video games and an unproduced animated series.Buffy is the protagonist of the story, and the series depicts her life and adventures as she grows up. In the film, she is a high school cheerleader who learns that she is the Slayer. The television series shows Buffy carrying out her destiny in a small town built atop a portal to hell, surrounded by a group of friends and family who support her in her mission. In the comic book continuation, she is a young woman who has accepted her duties and is now responsible for training others like her   more
3 votes
0 comments
Buffy Summers - Voter Comments
No Comments
Vote & Comment
2