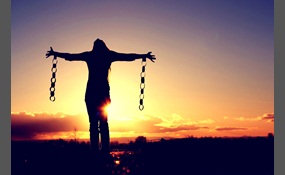 Are Libertarian views what this country needs or is it Anarchism?

It's realistic to want freedom and justice

It's simply the principal that advocates freedom of choice and political justice, which neither Republicans or Democrats advocate for on a broad level, yet they complain about the same thing, the only problem with that is that Republicans blame Demo... crats and Democrats blame Republicans   more
8 votes
0 comments
It's realistic to want freedom and justice - Voter Comments
No Comments
Vote & Comment
2

Unrealistically aiming for perfection, Libertarianism is a fantasy, otherwise there'd be at least one country on this planet that is.
1 vote
1 comment
Too Idealistic - Voter Comments

Renegader says2015-07-08T23:49:12.6391887-05:00
Report Post
We need this now more than ever. We live in an age where people will gladly surrender their livelihood to the government
Privacy Policy | Terms of Use
Sitemap | View Desktop Version
©2020 Debate.org. All rights reserved.