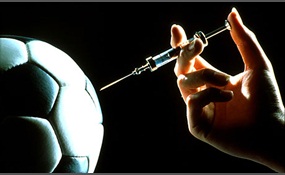 Are Performance-Enhancing Drugs Acceptable in Sports?

If sports are just for entertainment, does it matter if the athletes use performance-enhancing drugs?

Of course not! Performance-enhancing drugs defeat the purpose/entertainment of sports!

The whole point of sports is the training and the skill. If anyone could become an athlete, sports would become dull.
14 votes
5 comments
Of course not! Performance-enhancing drugs defeat the purpose/entertainment of sports! - Voter Comments

No! Performance-enhancing drugs would ruin society as a whole.

Imagine a world where accurate genetic engineering is possible. People would alter themselves into monstrous beasts in the hopes of becoming a famous athlete. Sports would become a competition between companies trying to get rich by designing the mo... st effective drug, rather than between the athletes. Unless you want a world of mutants and scheming billionaires, drugs are wrong   more
1 vote
0 comments
No! Performance-enhancing drugs would ruin society as a whole. - Voter Comments
No Comments
Vote & Comment
3

cludwig says2014-08-05T17:34:00.3713907-05:00
Report Post
Yes, let it rip! Athletes should be able to pump themselves up with steroids as much as they want. Professional sports today are no different than the Gladiator Games of Ancient Rome; certainly in their function to pacify the population through the distraction and use of base entertainment. There were no rules then when it came to seeking out an advantage then. Why should today be any different? The parameters are identical with exception to lethality.
Vote & Comment
4

Yes, but to a limit, or as a separate league.

If so, what limit? What about those that are disabled using bionic organs and appendages (although that's really a different debate entirely)?
1 vote
0 comments
Yes, but to a limit, or as a separate league. - Voter Comments
No Comments
Vote & Comment
No comments yet.
Leave a comment...
(Maximum 900 words)
Privacy Policy | Terms of Use
Sitemap | View Desktop Version
©2020 Debate.org. All rights reserved.