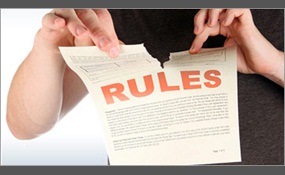 Are rules meant to be broken?

Are rules meant to be broken?

The Yankees Entertainment and Sports Network is an American cable and satellite television regional sports network based in New York City, New York; it broadcasts a variety of sports events, with an emphasis on New York Yankees baseball games, and B... rooklyn Nets basketball games. The channel is primarily owned by 21st Century Fox, with Yankee Global Enterprises owning a 20% interest. In fall 2013, began carrying Fox Sports programming that was previously shown on MSG+.YES Network's offices are based at the Chrysler Building in Manhattan. YES programming, including Yankees and Nets pre- and post-game shows are produced in studios that are located in Stamford, Connecticut. YES Network debuted on March 19, 2002. The channel is available locally in New York, New Jersey, Connecticut, and parts of Pennsylvania; it is available nationally on DirecTV and in the sports tier of cable systems, and regionally on AT&T U-verse and Verizon FiOS   more
7 votes
1 comment
YES Network - Voter Comments

TheOncomingStorm says2014-04-04T12:55:27.1481161-05:00
Report Post
Not in this case, since there's a right answer and a wrong answer. Rules are created for the purpose of being followed. Making rules meant to be broken defies the purpose and basic definition of a rule thus negating its status as a rule.