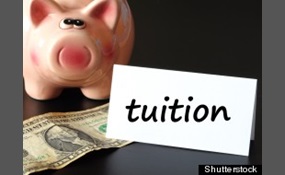 Are student loans worth it for a bachelors degree?

Barack Hussein Obama II (/bəˈrɑːk huːˈseɪn oʊˈbɑːmə/; born August 4, 1961) is the 44th and current President of the United States. He is the first African American to hold the office. Obama served as a U.S. Senator representing the state of Illinois...  from January 2005 to November 2008, when he resigned following his victory in the 2008 presidential election.Born in Honolulu, Hawaii, Obama is a graduate of Columbia University and Harvard Law School, where he was the president of the Harvard Law Review. He was a community organizer in Chicago before earning his law degree. He worked as a civil rights attorney in Chicago and taught constitutional law at the University of Chicago Law School from 1992 to 2004. He served three terms representing the 13th District in the Illinois Senate from 1997 to 2004   more
4 votes
1 comment
Yes - Voter Comments

o0jeannie0o says2015-08-08T21:42:17.8014148Z
Report Post
less and less collage/universary graduates are getting hired. Unless you really research the job field and how its hiring has been then it is useless

Sarra says2015-08-08T13:04:44.2964315Z
Report Post
It depends on the interest rate and terms of the loan (the fine print). It also depends if you know exactly what degree you want to get. Do you know what major you want? The exact degree you want also plays a factor, but much smaller. Does the job you want sufficient to pay off your loans while at the same time giving you enough money vs. The cost of living + a little bit of savings? Do you have the choice to attend a community college for the first two years, then transfer over (avoiding the high cost of the entry level classes of college)?

DavidMGold says2015-08-08T18:21:10.6936895Z
Report Post
There's definitely an issue here with $1.2 trillion in student loan debt but I'll comment on the lofty biography of the community organizer. I'll start with with "president of the Harvard Law Review." Once upon a time, editors were chosen on the basis of grades and the president was the student with the highest academic performance. That of course changed with the radicals during the 1970s and he was chosen by his fellow students. He published nothing at the Harvard Law Review. As for his time at the University of Chicago, "The other professors hated him because he was lazy, unqualified, never attended any of the faculty meetings, and it was clear that the position was nothing more than a political stepping stool. According to my professor friend, he had the lowest intellectual capacity in the building. He also doubted whether he was legitimately an editor on the Harvard Law Review, because if he was, he would be the first and only editor of an Ivy League law review to never be published while in school (publication is or was a requirement)." His resume his a joke. He ranks up there with frauds like Cornel West.

Heterodox says2015-08-11T06:33:03.4717308Z
Report Post
Truth is, unless you go for manual labor or know the right people, you will probably need that piece of paper to get a job that pays well in today's world. Ofc, having that piece of paper does not guarantee you a job that pays well, it only improves your chances.
Privacy Policy | Terms of Use
Sitemap | View Desktop Version
©2021 Debate.org. All rights reserved.