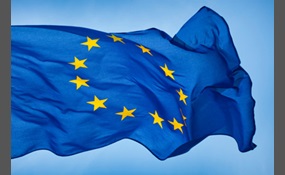 Are you for the EU?

Barack Hussein Obama II (/bəˈrɑːk huːˈseɪn oʊˈbɑːmə/; born August 4, 1961) is the 44th and current President of the United States. He is the first African American to hold the office. Obama served as a U.S. Senator representing the state of Illinois...  from January 2005 to November 2008, when he resigned following his victory in the 2008 presidential election.Born in Honolulu, Hawaii, Obama is a graduate of Columbia University and Harvard Law School, where he was the president of the Harvard Law Review. He was a community organizer in Chicago before earning his law degree. He worked as a civil rights attorney in Chicago and taught constitutional law at the University of Chicago Law School from 1992 to 2004. He served three terms representing the 13th District in the Illinois Senate from 1997 to 2004   more
5 votes
1 comment
Yes - Voter Comments

tajshar2k says2015-09-12T00:16:29.3721333Z
Report Post
Establishing monetary policies across different countries is stupid. If one country is struggling it drags all of them down.

tajshar2k says2015-09-12T00:29:04.4782945Z
Report Post
Ya, I don't like the EU. It's a good concept of unifying Europe, but Europe is vastly diverse, and expecting it to become a melting pot like America is impossible. From a fiscal standpoint, its just so dumb...

58539672 says2015-09-12T14:49:50.9820306Z
Report Post
If a few reforms are put in place, the EU could become an entity that rivals even the US. One of the main problems with the basic organization as a whole is that they inhabit that grey limbo area between Federalism and a Confederacy. They tried to get the benefits of both systems by choosing a relatively middle ground, but they ended up getting more of the weaknesses of both instead. They either need to increase federal control and become a Federation like the US, or loosen existing policy and become a Confederacy. Both options would make the EU far more effective than the giant mess that it is now.

tajshar2k says2015-09-12T14:54:14.7379934Z
Report Post
The E.U was a stupid idea from the start. Because Greece was stupid, and decided to host the Olympics, even though it was in bad shape, it's recession has effected everybody.
Privacy Policy | Terms of Use
Sitemap | View Desktop Version
©2021 Debate.org. All rights reserved.