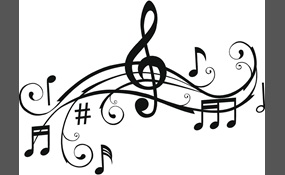 Artist of The Year

Put in your favorite artist, who you thought was the best from the 2014-15 year. 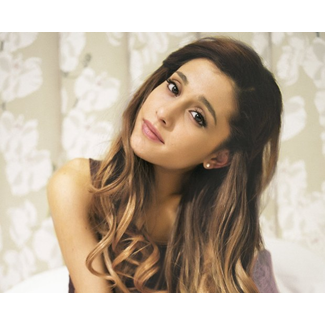 Ariana Grande-Butera, known professionally as Ariana Grande, is an American singer and actress.She began her career in the Broadway musical 13, before landing the role of Cat Valentine on the Nickelodeon television series Victorious in 2009. After the show ended, Grande rose to prominence as a teen idol on her own spinoff, Sam & Cat.Grande's music career began with the soundtrack Music from Victorious. She signed a recording contract with Republic Records, which released her debut studio album, Yours Truly, which debuted at number one on the U.S. Billboard 200. The album's lead single, "The Way", became a top ten hit on the Billboard Hot 100 with critics comparing her wide vocal range to Mariah Carey.Grande's second studio album, My Everything, also reached number one in the United States, and contained the hit singles "Problem" and "Break Free". Some of her achievements include New Artist of the Year at the 2013 American Music Awards, Favorite Breakout Artist at the 40th People's Choice Awards, and Breakthrough Artist of the Year by the Music Business Association. 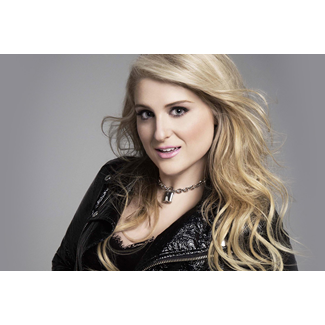 Meghan Trainor is a singer, songwriter and record producer. 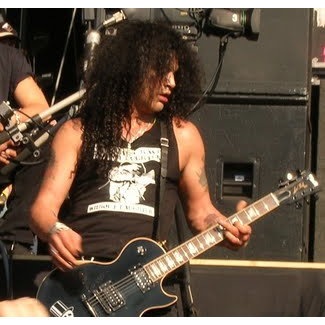 Saul Hudson, better known by his stage name Slash, is a British-American musician and songwriter. He is best known as the former lead guitarist of the American hard rock band Guns N' Roses, with whom he achieved worldwide success in the late 1980s and early 1990s. During his later years with Guns N' Roses, Slash formed the side project Slash's Snakepit. He then co-founded the supergroup Velvet Revolver, which re-established him as a mainstream performer in the mid to late 2000s. Slash has since released three solo albums, Slash, featuring an all-star roster of guest musicians, Apocalyptic Love & World on Fire recorded with singer/guitarist Myles Kennedy of Alter Bridge, along with rhythm section Brent Fitz and Todd Kerns, known on the album as The Conspirators.Slash has received critical acclaim as a guitarist. Time named him runner-up on their list of "The 10 Best Electric Guitar Players" in 2009, while Rolling Stone placed him at No. 65 on their list of "The 100 Greatest Guitarists of All Time" in 2011. 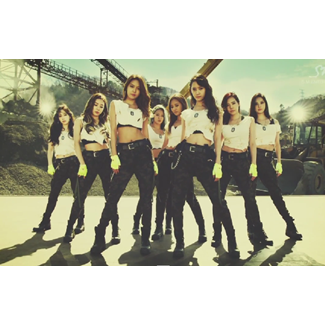 Girls' Generation, also known as SNSD or So Nyeo Shi Dae, is a South Korean girl group formed by S.M. Entertainment in 2007. Originally a nine-member group, now eight: Taeyeon, Sunny, Tiffany, Hyoyeon, Yuri, Sooyoung, Yoona and Seohyun – former member Jessica Jung having been dismissed on September 30, 2014.The group gained attention at the beginning of their career with songs such as "Into the New World" and "Kissing You" but it was not until 2009 when they gained significant popularity with their hit single "Gee", which was classified by the online music store MelOn as the most popular song of the decade in South Korea. The group solidified their place in the South Korean music industry with follow-up singles "Tell Me Your Wish", "Run Devil Run", and "Oh!" from late 2009 to early 2010. In 2011, after a series of activities in Japan, the group returned to the South Korean music scene with "The Boys", which was released in three languages: Korean, Japanese, and for the first time, English. In 2010 alone, the group sold more than 11,730,000 digital albums and singles collectively. 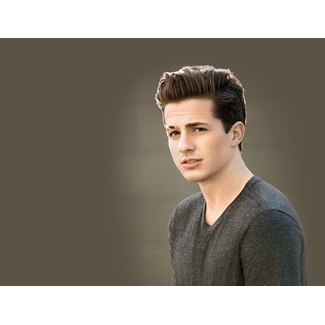 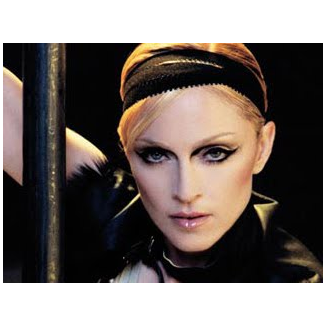 Madonna Louise Ciccone is an American singer, songwriter, actress, and businesswoman. She achieved popularity by pushing the boundaries of lyrical content in mainstream popular music and imagery in her music videos, which became a fixture on MTV. Madonna is known for reinventing both her music and image, and for retaining a standard of autonomy within the recording industry. Music critics have acclaimed her musical productions which have also been known to induce controversy. Often referred to as the "Queen of Pop", she is cited as an influence among other artists around the world.Born in Bay City, Michigan, Madonna moved to New York City to pursue a career in modern dance. After performing in the music groups Breakfast Club and Emmy, she signed with Sire Records in 1982 and released her self-titled debut album the following year. She followed it with a series of commercially successful albums, including the Grammy Award winners Ray of Light and Confessions on a Dance Floor. 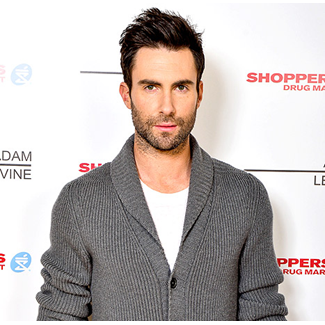 Adam Noah Levine is an American singer, songwriter, and multi-instrumentalist. He is the lead vocalist for the Los Angeles pop rock band, Maroon 5.Born and raised in Los Angeles, California, Levine began his musical career in 1994, when he co-founded the alternative rock band Kara's Flowers, of which he was the lead vocalist and guitarist. After the commercial failure of their only album, The Fourth World, the band split up. In 2001, the group was reformed – with guitarist James Valentine joining the line-up – and began a new, musical chapter, changing their name to Maroon 5. In 2002, the band released their first album, Songs About Jane, which went multi-platinum in the US. Since then, they have released four more albums, It Won't Be Soon Before Long, Hands All Over, Overexposed and V. As part of Maroon 5, Levine has received three Grammy Awards, two Billboard Music Awards, two American Music Awards, an MTV Video Music Award and a World Music Award.Since 2011, Levine has served as a coach on NBC's reality talent show The Voice. The winners of the first and fifth seasons, Javier Colon and Tessanne Chin, were on his team. 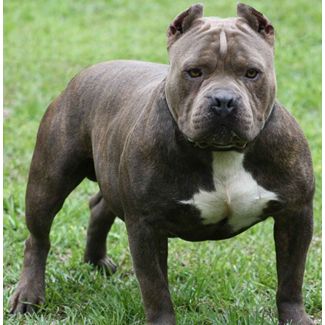 Armando Christian Pérez, better known by his stage name Pitbull, is an American rapper from Miami, Florida. His first recorded mainstream performance was on a solo track from Lil Jon's 2002 album Kings of Crunk, which featured Pitbull rapping over Jon's production. In 2004, Pitbull released his debut album titled M.I.A.M.I., under TVT Records; the album included production from high-profile producers Lil Jon and Jim Jonsin. Pitbull later released his second album El Mariel, in 2006 and his third, The Boatlift, in 2007. His fourth album, Rebelution, included the hit single "I Know You Want Me".Pitbull's 2011 album Planet Pit, featured the single "Give Me Everything", which was his first number-one single on the Billboard Hot 100. The song reached #1 worldwide and featured fellow artists Ne-Yo, Nayer, and Afrojack. Pitbull also released "Timber" in October 2013 from his EP album Meltdown and was a global hit, reaching #1 in many countries and making it to #1 in Billboard Hot 100 and #1 in UK for a total of twenty #1 positions worldwide. The song has charted worldwide making it his second one to do so. 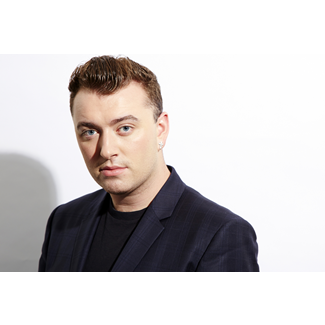 Samuel Frederick "Sam" Smith is an English singer-songwriter. He rose to fame in October 2012 when he was featured on Disclosure's breakthrough single "Latch", which peaked at number 11 on the UK Singles Chart. His subsequent feature—on Naughty Boy's "La La La"—earned him his first number 1 single in May 2013.In December 2013, he was nominated for the 2014 BRIT Critics' Choice Award and the BBC's Sound of 2014 poll, both of which he won. He released his debut studio album, In the Lonely Hour, in May 2014 on Capitol Records. The lead single, "Lay Me Down", was released prior to "La La La". The second single was "Money on My Mind". The album's third single, "Stay with Me", was an international success, reaching number one on the UK Singles Chart and number two on the U.S. Billboard Hot 100. In December 2014, Smith was nominated for six Grammy Awards, including Best New Artist, "Stay with Me" for Record of the Year, Song of the Year, Best Pop Solo Performance, and In the Lonely Hour for Album of the Year and Best Pop Vocal Album. 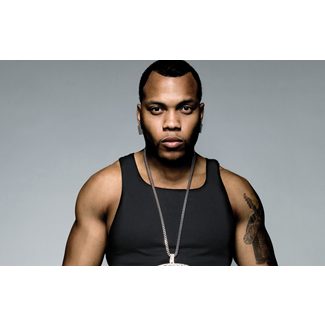 Tramar Lacel Dillard, better known by his stage name Flo Rida, is an American rapper. He is known for hit songs such as "Low", featuring T-Pain, which was a number 1 hit for 10 weeks in the United States in 2008, and "Right Round", featuring Kesha, which was a number 1 hit for six weeks; both songs broke the record for digital download sales when they were released. Other international hit singles he has had including "Club Can't Handle Me", "Good Feeling", "Wild Ones" and "Whistle". He has frequently collaborated with other artists, both on his and others' tracks. Hit songs by other artists featuring Flo Rida include "Running Back" by Jessica Mauboy, "Bad Boys" by Alexandra Burke, and "Troublemaker" by Olly Murs.Flo Rida has released four albums so far: Mail on Sunday, R.O.O.T.S., Only One Flo, and Wild Ones. In total his music has amassed over 75 million downloads worldwide. 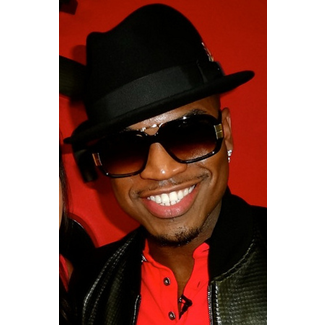 Shaffer Chimere Smith, known by his stage name Ne-Yo, is an American R&B singer, songwriter, record producer, dancer, and actor. Ne-Yo gained fame for his song-writing abilities when he penned the 2004 hit "Let Me Love You" for singer Mario. The single's successful release in the United States prompted an informal meeting between Ne-Yo and Def Jam's label head, and the signing of a recording contract. 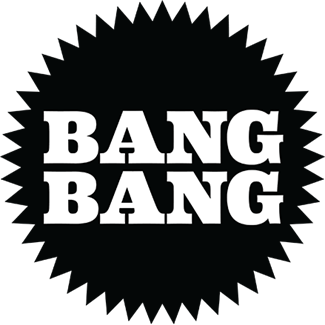 "Bang Bang" is a song performed by English singer-songwriter Jessie J, American singer-songwriter Ariana Grande and Trinidadian rapper-singer-songwriter Nicki Minaj. The song was released on July 29, 2014 through Lava Records and Republic Records, the label which houses all three artists. The song is the lead single from Jessie J's third studio album Sweet Talker and is also on the deluxe version of Ariana Grande's second studio album My Everything, which was released on August 25, 2014. Although set to be released on July 29, the song was leaked a few hours earlier before its scheduled premiere."Bang Bang" debuted at number one in Jessie's native country, the UK. It also reached the top 10 in Canada, Australia, New Zealand and Bulgaria. The song was included in the Just Dance 2015, the sixth installment of the Just Dance video game series. Upon release, "Bang Bang" was met with universal acclaim by both audiences and critics, who praised Jessie's and Grande's heavenly vocals as well as Minaj's rapping skills.