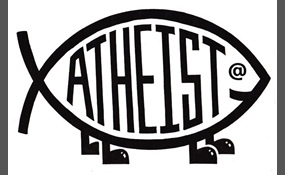 Atheists, what is the most reasonable theistic religion?

Pantheism is the belief that the universe is identical with divinity, or that everything composes an all-encompassing, immanent God. Pantheists thus do not believe in a distinct personal or anthropomorphic god. Some Eastern religions are considered ... to be pantheistically inclined.Pantheism was popularised in the West as both a theology and philosophy based on the work of the 17th-century philosopher Baruch Spinoza, whose book Ethics was an answer to Descartes' famous dualist theory that the body and spirit are separate. Spinoza held the monist view that the two are the same, and monism is a fundamental part of his philosophy. He was described as a "God-intoxicated man," and used the word God to describe the unity of all substance. Although the term pantheism was not coined until after his death, Spinoza is regarded as its most celebrated advocate   more
6 votes
0 comments
Pantheism - Voter Comments
No Comments
Vote & Comment
2

Christianityis a monotheistic religion centered on the life and teachings ofJesus of Nazareth as presented in the Holy Bible. Christiansbelieve Jesus to be the Son of God and the Messiah prophesied in theOld Testament. With an estimated 2.1 billion ... adherents in 2001,Christianity is the world's largest religion. It is the predominantreligion in Europe, the Americas, Sub-Saharan Africa, the PhilippineIslands, Australia, and New Zealand. Itis also growing rapidly in Asia, particularly in China and SouthKorea. Christianity began in the 1st century AD as a Jewishsect, and shares many religious texts with Judaism, specifically theHebrew Bible, known to Christians as the Old Testament. Like Judaism and Islam, Christianity is classified asan Abrahamic religion   more
3 votes
0 comments
Christianity - Voter Comments
No Comments
Vote & Comment
4

Buddhism is a nontheistic religion that encompasses a variety of traditions, beliefs and practices largely based on teachings attributed to Siddhartha Gautama, who is commonly known as the Buddha, meaning "the awakened one". According to Buddhist tr... adition, the Buddha lived and taught in the eastern part of the Indian subcontinent sometime between the 6th and 4th centuries BCE. He is recognized by Buddhists as an awakened or enlightened teacher who shared his insights to help sentient beings end their suffering through the elimination of ignorance and craving by way of understanding and the seeing of dependent origination and the Four Noble Truths, with the ultimate goal of attainment of the sublime state of Nirvana, by practicing the Noble Eightfold Path.Two major extant branches of Buddhism are generally recognized: Theravada and Mahayana. Theravada has a widespread following in Sri Lanka and Southeast Asia. Mahayana is found throughout East Asia and includes the traditions of Pure Land, Zen, Nichiren Buddhism, Tibetan Buddhism, Shingon, and Tiantai   more
1 vote
0 comments
Buddhism - Voter Comments
No Comments
Vote & Comment
7

Islam is a monotheistic and Abrahamic religion articulated by the Qur'an, a book considered by its adherents to be the verbatim word of God, and for some sects, also by the teachings and normative example of Muhammad, considered by them to be the la... st prophet of God. An adherent of Islam is called a Muslim.Muslims believe that God is one and incomparable and that the purpose of existence is to worship God. Muslims also believe that Islam is the complete and universal version of a primordial faith that was revealed many times before through prophets including Adam, Noah, Abraham, Moses, and Jesus. They maintain that the previous messages and revelations have been partially misinterpreted or altered over time, but consider the Arabic Qur'an to be both the unaltered and the final revelation of God. Religious concepts and practices include the five pillars of Islam, which are basic concepts and obligatory acts of worship, and following Islamic law, which touches on virtually every aspect of life and society, providing guidance on multifarious topics from banking and welfare, to family life and the environment   more
1 vote
0 comments
Islam - Voter Comments
No Comments
Vote & Comment
8

Judaism is the religion, philosophy, and way of life of the Jewish people. Judaism is a monotheistic religion, with the Torah as its foundational text, and supplemental oral tradition represented by later texts such as the Midrash and the Talmud. Ju... daism is considered by religious Jews to be the expression of the covenantal relationship that God established with the Children of Israel.Judaism includes a wide corpus of texts, practices, theological positions, and forms of organization. Within Judaism there are a variety of movements, most of which emerged from Rabbinic Judaism, which holds that God revealed his laws and commandments to Moses on Mount Sinai in the form of both the Written and Oral Torah. Historically, this assertion was challenged by various groups such as the Sadducees and Hellenistic Judaism during the Second Temple period; the Karaites and Sabbateans during the early and later medieval period; and among segments of the modern reform movements. Liberal movements in modern times such as Humanistic Judaism may be nontheistic. Today, the largest Jewish religious movements are Orthodox Judaism, Conservative Judaism and Reform Judaism   more
0 votes
0 comments
Judaism - Voter Comments
No Comments
Vote & Comment
Leave a comment...
(Maximum 900 words)

Dhruva says2015-04-05T15:10:54.8505449-05:00
Report Post
None. The God of Atheism shall rule over america and then the world. We will take over the world using sheer force and create a global atheist caliphate and enforce atheist law. All peoples will be subjugated to atheist holidays, atheist laws, atheist customs and all religion will be banned. Praise FSM

Stefy says2015-04-05T15:26:18.2091646-05:00
Report Post
Buddhism is not a theistic religion. You can have dieties without contradicting your Buddhism but theyre not essential for Buddhism