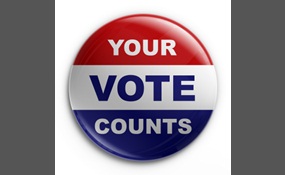 Hilary is going to prison, Rand Paul is the top republican candidate, and Donald Trump is on every bodies minds right now. 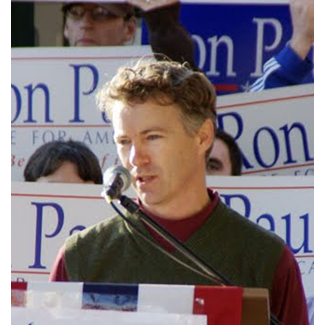 Rand Paul. I can't think of a pun for this.

Randal Howard "Rand" Paul is an American politician and a former ophthalmologist who serves as the junior United States Senator for Kentucky, in office since 2011. He is a member of the Republican Party and the son of former U.S. Representative and presidential candidate Ron Paul of Texas.A graduate of the Duke University School of Medicine, Paul began practicing ophthalmology in Bowling Green, Kentucky in 1993 and established his own clinic in December 2007. He became active in politics and founded Kentucky Taxpayers United in 1994, of which he is still chairman. He first received national attention in 2008 when making political speeches on behalf of his father, who was campaigning for the Republican Party's nomination for president. In 2010, Paul ran for the U.S. Senate seat being vacated by retiring Senator Jim Bunning of Kentucky, defeating Kentucky Secretary of State Trey Grayson in the Republican primary. He subsequently defeated the Democratic nominee, Kentucky Attorney General Jack Conway, in the general election.

Rand Paul. I can't think of a pun for this. - Voter Comments 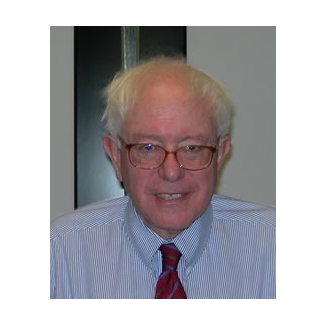 Bernie Sanders. The others will just burn out.

Bernard "Bernie" Sanders is an American politician and the junior United States Senator from Vermont. Before serving in the Senate, he represented Vermont's at-large congressional district in the United States House of Representatives and served as mayor of Burlington, the largest city in Vermont. Sanders is a self-described democratic socialist, and has praised Scandinavian-style social democracy.Sanders runs for office as an independent but caucuses with the Democratic Party and is counted as a Democrat for purposes of committee assignments. He was the only independent member of the House during most of his service and is the longest-serving independent in U.S. Congressional history.In an interview with The Nation on March 6, 2014, Sanders stated that he is "prepared to run for President of the United States" in 2016.

Bernie Sanders. The others will just burn out. - Voter Comments 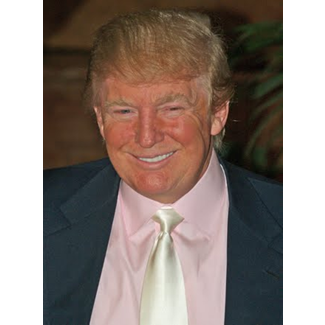 Donald Trump. He trumps them all!

Donald John Trump, Sr. Is an American businessman, investor, television personality and author. He is the chairman and president of The Trump Organization and the founder of Trump Entertainment Resorts. Trump's extravagant lifestyle, outspoken manner, and role on the NBC reality show The Apprentice have made him a well-known celebrity who was No. 17 on the 2011 Forbes Celebrity 100 list.Considered one of the best known real estate entrepreneurs in the United States, Trump is the son of Fred Trump, a wealthy New York City real-estate developer. He worked for his father's firm, Elizabeth Trump & Son, while attending the Wharton School of the University of Pennsylvania, and in 1968 officially joined the company. He was given control of the company in 1971 and renamed it The Trump Organization. After his third bankruptcy in 2009, the property of Trump Entertainment Resorts was sold to various buyers.In 2010, Trump expressed an interest in becoming a candidate for President of the United States in the 2012 election, though in May 2011, he announced he would not be a candidate. Trump was a featured speaker at the 2013 Conservative Political Action Conference.

MakeSensePeopleDont says2015-07-15T03:22:07.6875006-05:00
Report Post
Wish it didn't cost more to run for president than to buy an island; minimum of $200 million to run for president, see this website to buy an island: www.privateislandsonline.com/ If it were how it was meant to be which is any natural citizen the populous feels is the best fit for the position, maybe I would run. Why would I be a good choice? Because all the guys on that list plus all other candidates running, all members of congress, all retired congressmen, and all citizens posses knowledge that I would TRULY tap into. Think about it, you go to work every day and have a manager, supervisor, boss, etc. These individuals come in two breeds generally, the one that worked their way up through the trenches to get where they are and have a GREAT knowledge base of the position, or the one that got hired because they went to college but have NO idea what they are doing in the field or specific position. Most of the ones with no knowledge have no interest in asking you how to successfully complete your job on a daily basis, they just make decisions and TELL you how to do your job...Normally equating to decreased efficiency and a terrible experience for the worker, end user, customers, and everyone in between. This DIRECTLY describes politicians, they have NO idea how the real world works but they ALWAYS "know" what's best for all of us.